1.  Failure to prepare a post-nuptial agreement (even if you already have a pre-nuptial agreement).  As married people, you can contract with each other and modify your rights and responsibilities.  This can have a positive effect on whether you get divorced at all, and how many issues remain to be resolved if you do get divorced.

Finances are a major source of friction in marriage, especially debt.  Couples can contract to avoid community property and debt and keep everything separate, including retirement accounts, businesses, inheritance, intellectual property and anything else of value.  The process of making a forward-looking agreement can be helpful to reduce anxiety about money.

3. Failure to disclose assets and debts.  If you don't disclose assets or debts, then you risk having your divorce re-opened for the purpose of revisiting the property and debt settlement.  This can be very expensive, especially if years have passed before the divorce case is reopened and the omission was large.

4. Failure to analyze bankruptcy issues.  Bankruptcy and divorce often go together whether filing is before or after divorce or by one spouse or both.  The automatic stay in bankruptcy stops court cases from proceeding that involve finances (child related issues continue).  This includes jointly filed petitions.  A bankruptcy filed after the filing of a joint divorce petition, but before the Decree is entered, will double the amount of time before the decree is signed from 90 days to 180 days.

A bankruptcy filed after the Decree is entered by one spouse typically triggers a filing by the other spouse.  This is because the Decree does not affect the rights of creditors who are not parties to your divorce.  For example, if the Decree says husband is to pay the VISA bill that is in both spouses' names, and husband files bankruptcy, then the bank that issued the VISA card can sue the wife.  Wife's right of contribution from the husband for what she pays VISA is discharged in the bankruptcy, so wife will likely file bankruptcy as well if sued and facing garnishment of 25% of wife's net pay.

5. Failure to appreciate costs of not reaching an agreement.  Litigation is expensive and extremely wasteful and destructive.  The analogy of litigation to war is not misplaced in that regard.  Couples net worth, if they have any, will be significantly reduced in protracted and contentious litigation costing tens of thousands or even hundreds of thousands of dollars.  If you cannot reach an agreement on an uncontested divorce petition, then I lost two clients.  I cannot represent either of you and you both will need to obtain other counsel at significant expense.  If only one spouse works, then that spouse will pay the attorney's fees for both sides. 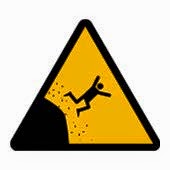 6. Waiting too long before attempting to reach an agreement.  if you wait too long, then the goodwill necessary to reach a voluntary agreement may be exhausted.

9.    Failure to record quitclaim deeds and change titles.  Divorce Decrees are not self-executing.  If the Decree says the wife gets the house and the husband gets the car, and both names are on both assets, then the husband needs to sign a Quitclaim Deed to wife and record it and wife needs to submit notice of her release of interest in the vehicle.  Otherwise, the other spouse's name remains on the asset and will need to be removed in order to sell or refinance the asset.  This can be difficult if much time has gone by after the divorce, so do so as soon as possible (even before the Decree is entered in uncontested cases).

ilable for the beneficiaries who need to claim the asset.
Posted by Unknown at 2:05 PM

Email ThisBlogThis!Share to TwitterShare to FacebookShare to Pinterest
Labels: Divorce